We are extremely fortunate to have a roster of incredibly talented artists as our class instructors. We are proud to make all of their talents available to our students! 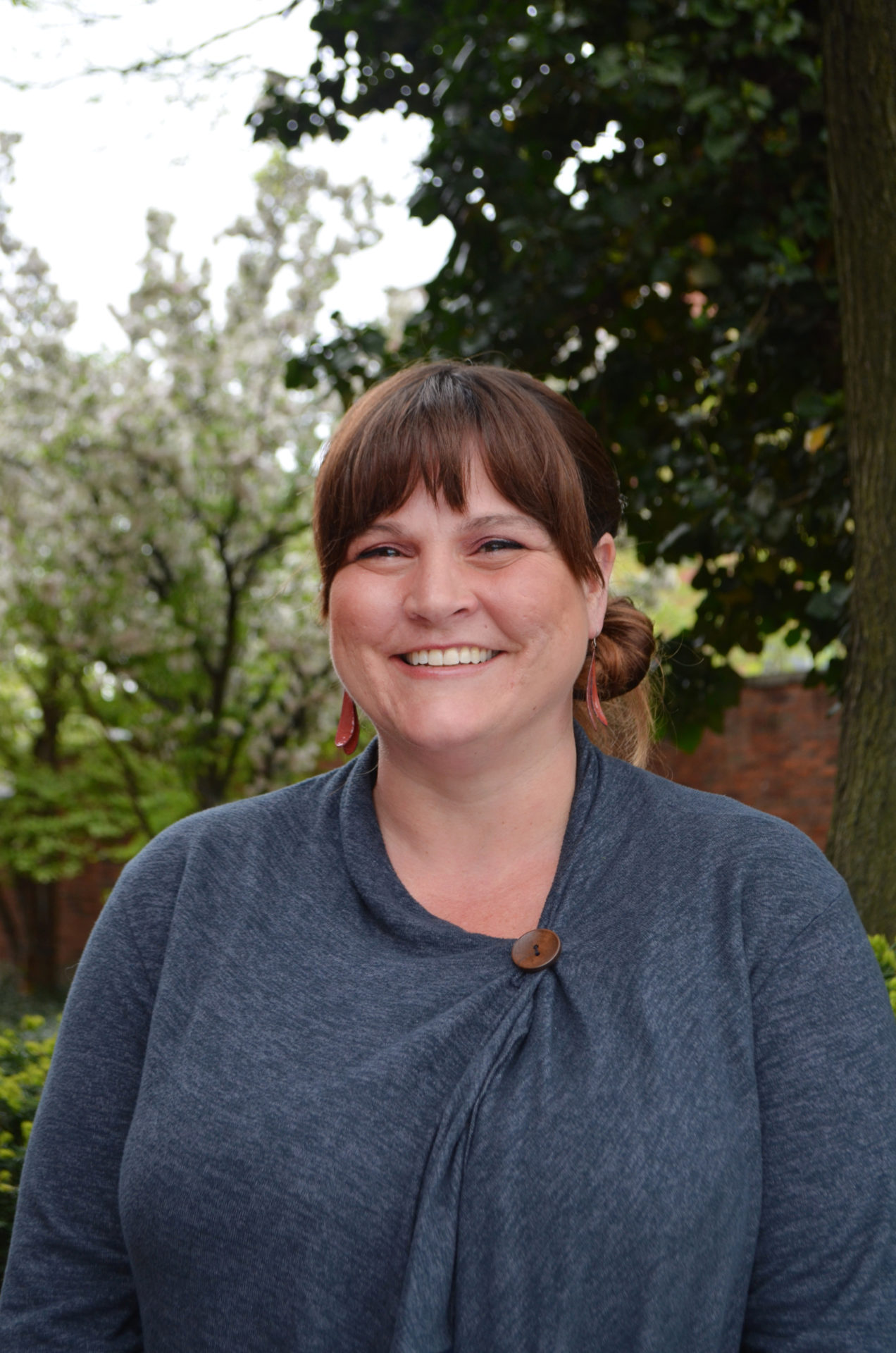 I have been working full time in clay for over 15 years. I graduated from Otterbein University with a degree in Ceramics. I work both as a potter and a sculptor. My time in the studio is split between the potter’s wheel and creating narrative figures in clay. 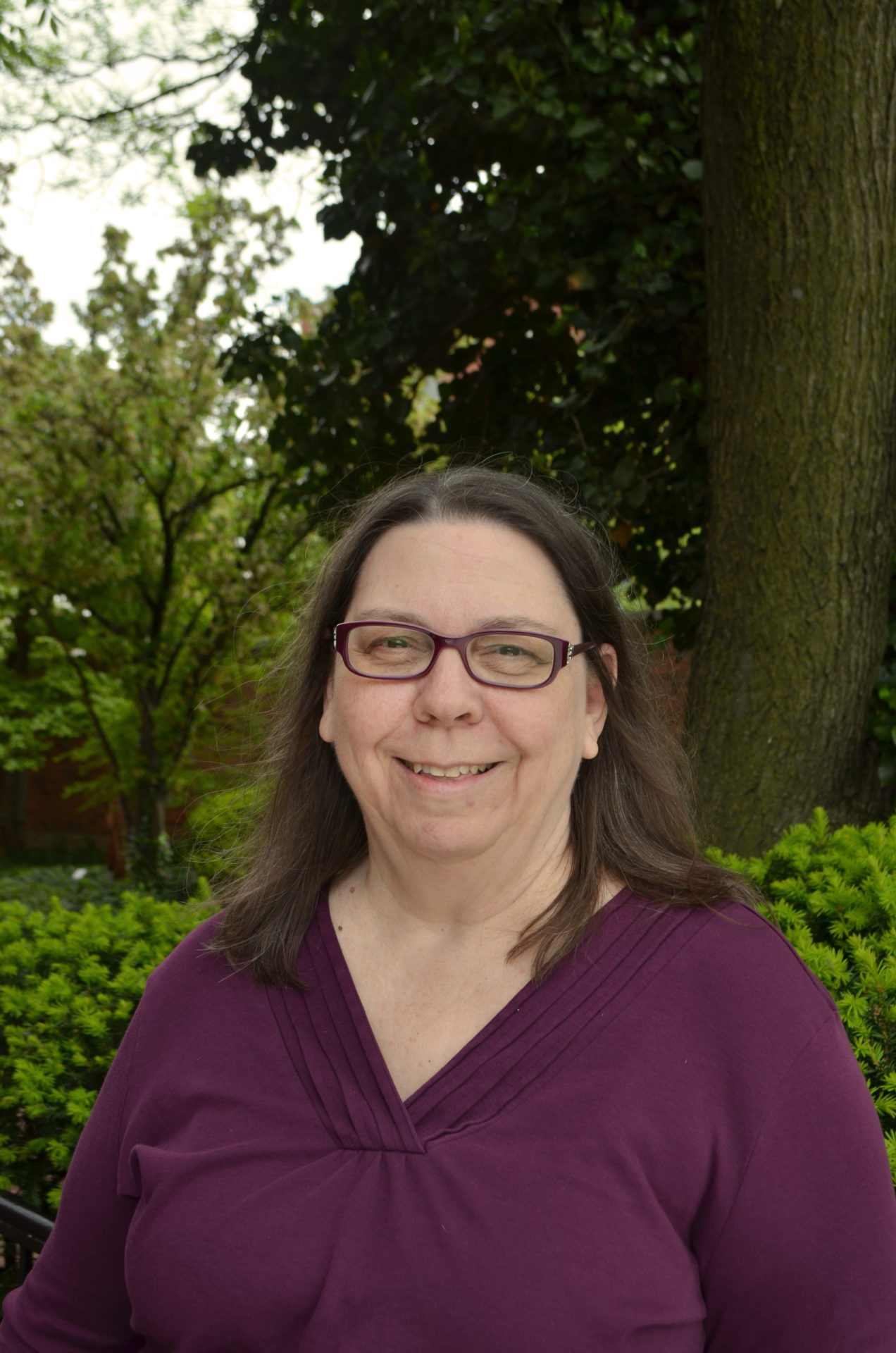 I have always loved the artistic process. I took a short detour through the sciences in college but ended with a degree in photography. When my children weren’t little any more I got back into art through ceramics, watercolors and then metals/jewelry. I progressed from a beginner to instructor in the program at the Cultural Arts Center, my home away from home. 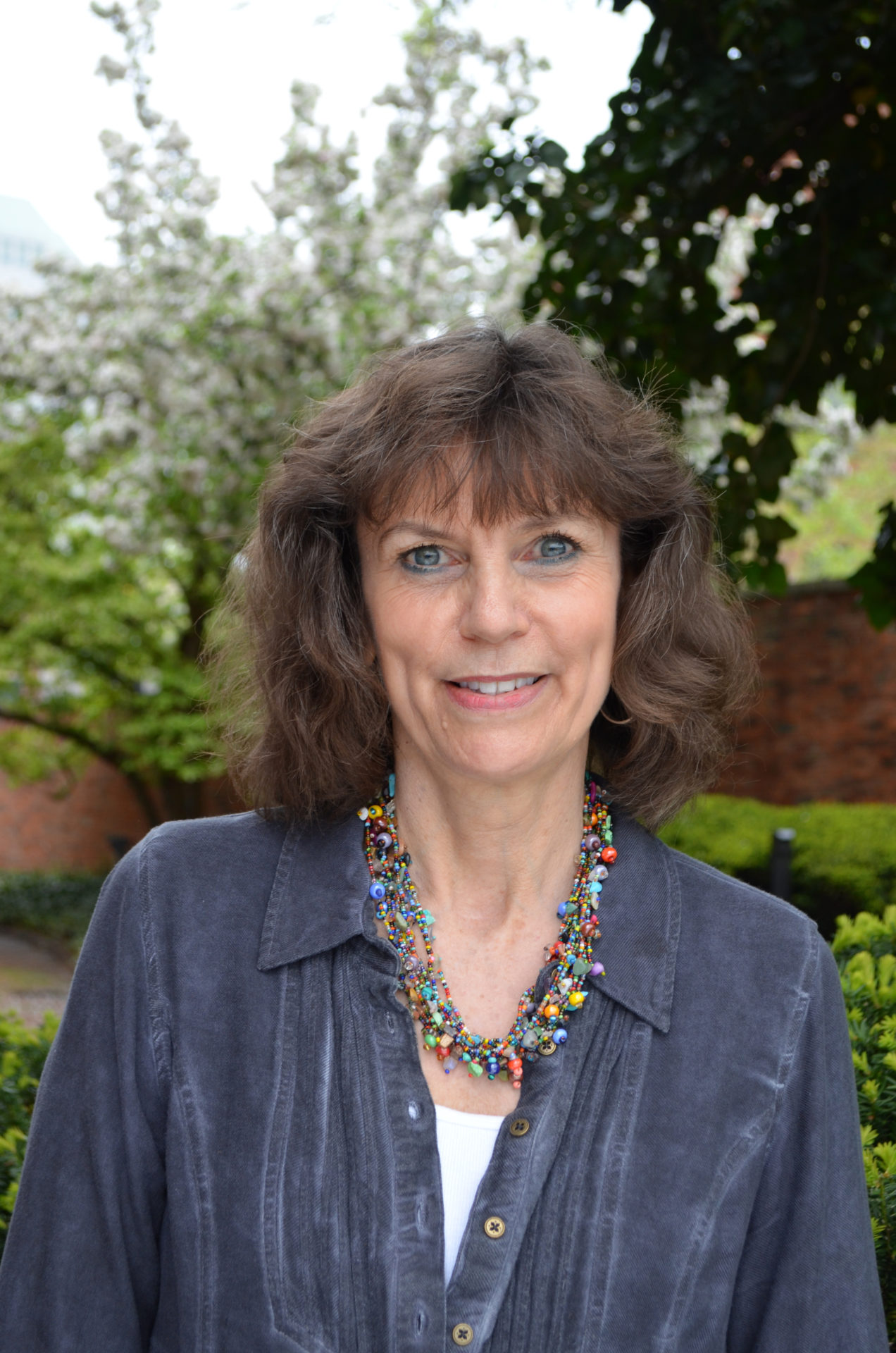 Bev Goldie has been a practicing artist since 2006, teaching at the Cultural Arts Center since 2016.  She majored in studio art at Wittenberg University and also got certified to teach K – 12. Encaustics is her primary medium, and she has been juried into National Encaustic shows and will have a permanent work displayed at the Encaustic Art Museum in Santa Fe, N.M.  GCAC awarded her a Supply Grant and a Professional Development and research grant to further her teaching skills in encaustics. She is a member of International Encaustic Artists and several local and National Art Organizations. She loves to teach and create encaustic work! 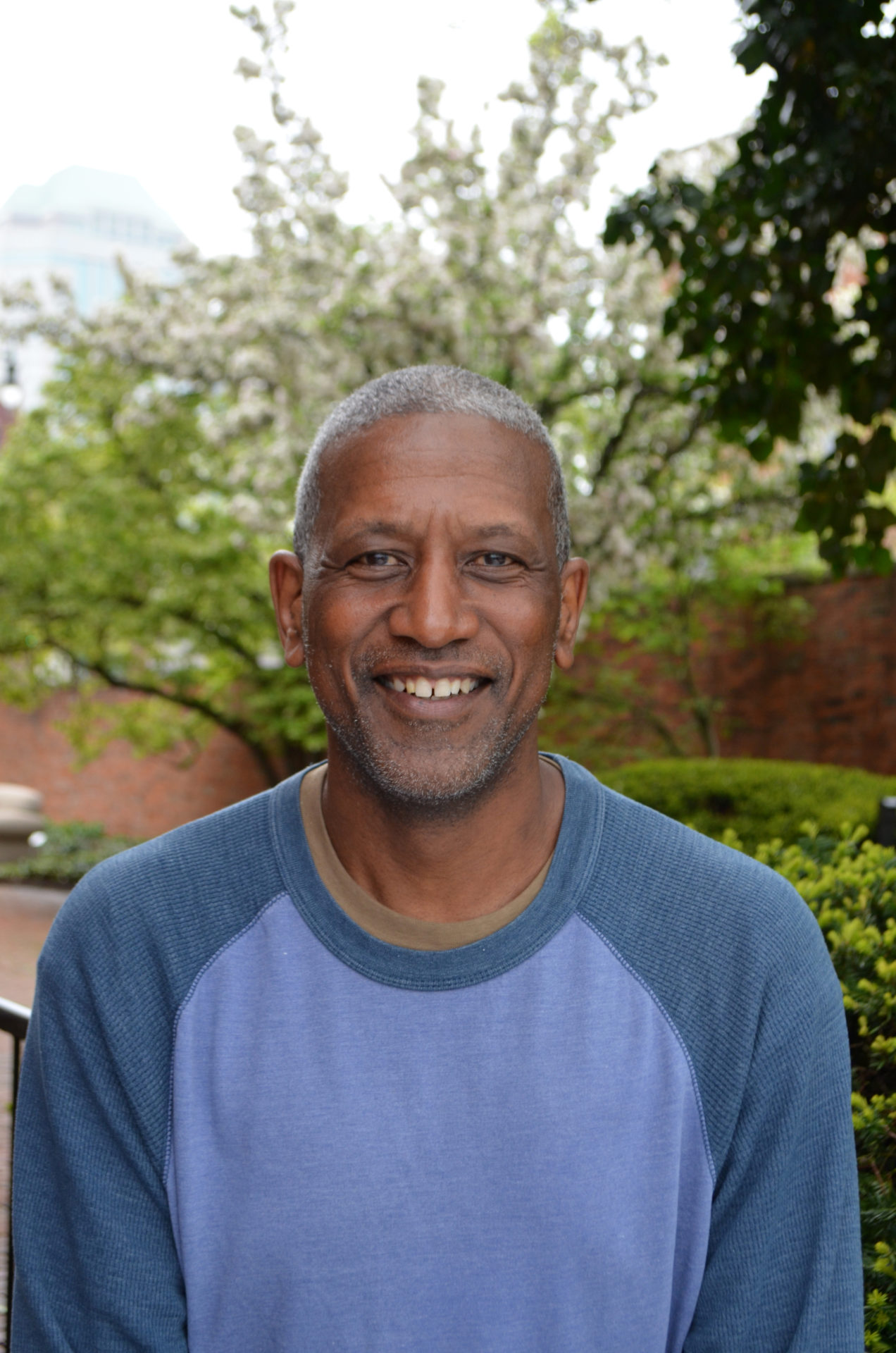 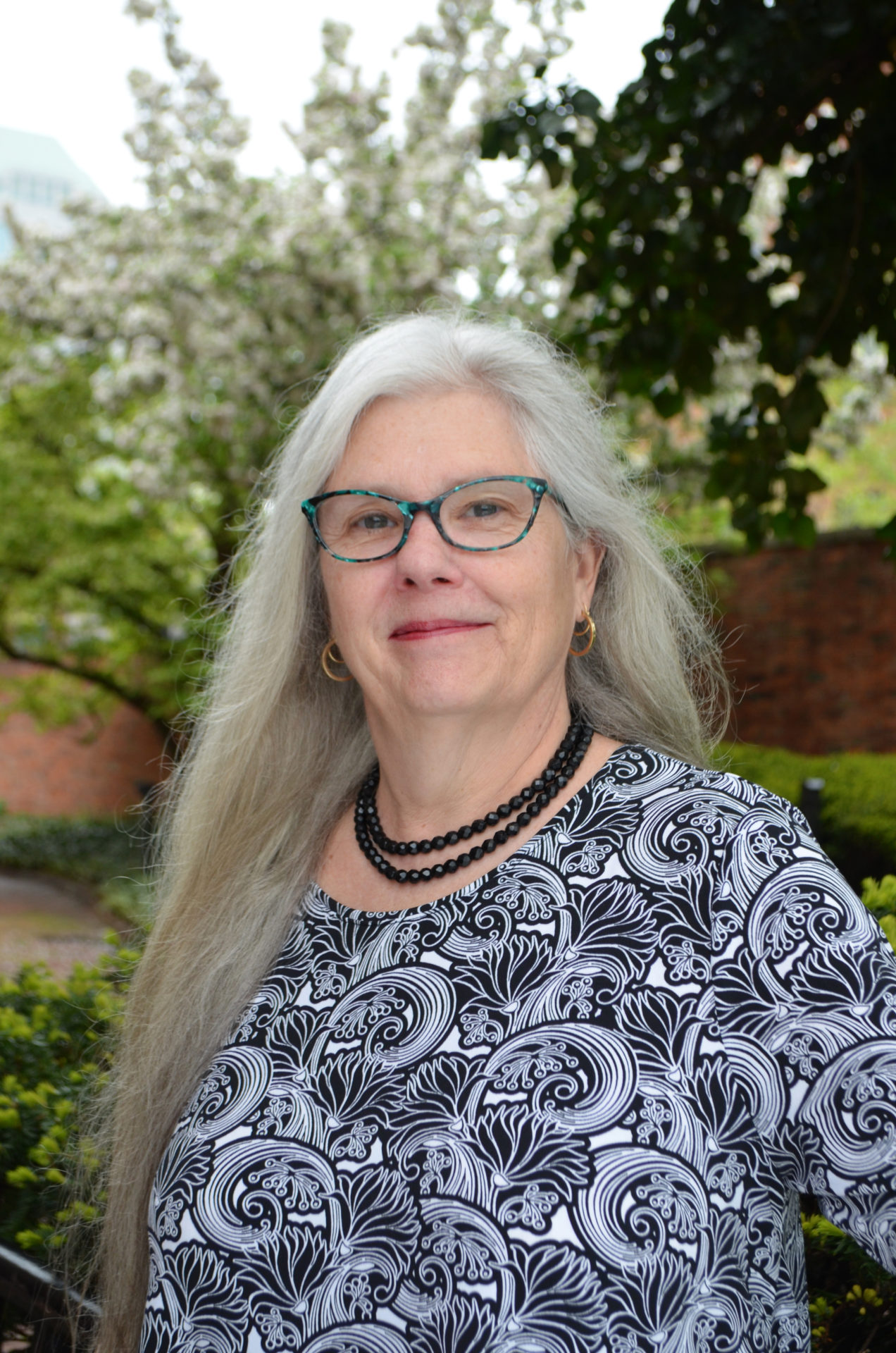 I’m originally from Long Island and attended Antioch College in the 70’s studying Art and Education in Yellow Springs Ohio. I’ve Taught in Berkeley California ,Eugene Oregon,at the Columbus Zoo, and worked in a excellent specialty retail toy store in Upper Arlington. I have two wonderful children a grandson, and like insects, drawing, sculpting, gardening lapidary and metalsmithing. I enjoy encouraging students to gain the skills they need to develop and create their own style and be successful. While fostering an atmosphere in which ideas are exchanged and explored openly. 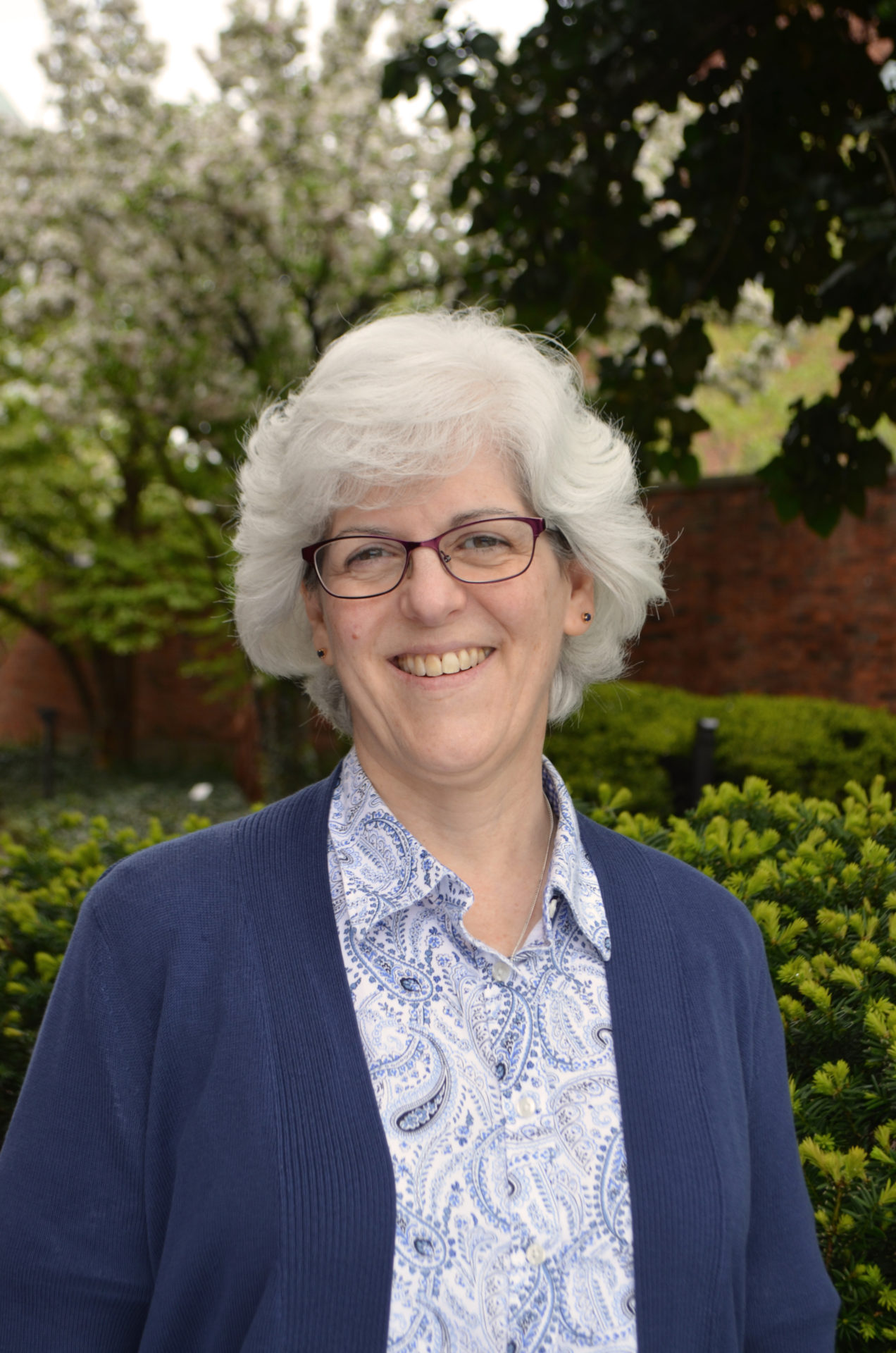 Colleen is an artist, jeweler and metal-smith who enjoys helping students build the skills they need to create the things they envision. After undergraduate studies in art, Colleen has worked in the commercial jewelry industry for more than 30 years, the majority of that time as a bench jeweler. Beginning in high school and throughout her career, Colleen has deepened and expanded her skills through countless workshops and study with various craft masters and nationally known instructors. Because the fields of art, jewelry and metalsmithing are so broad and complex, she looks forward to always having skills to refine and something new to learn. 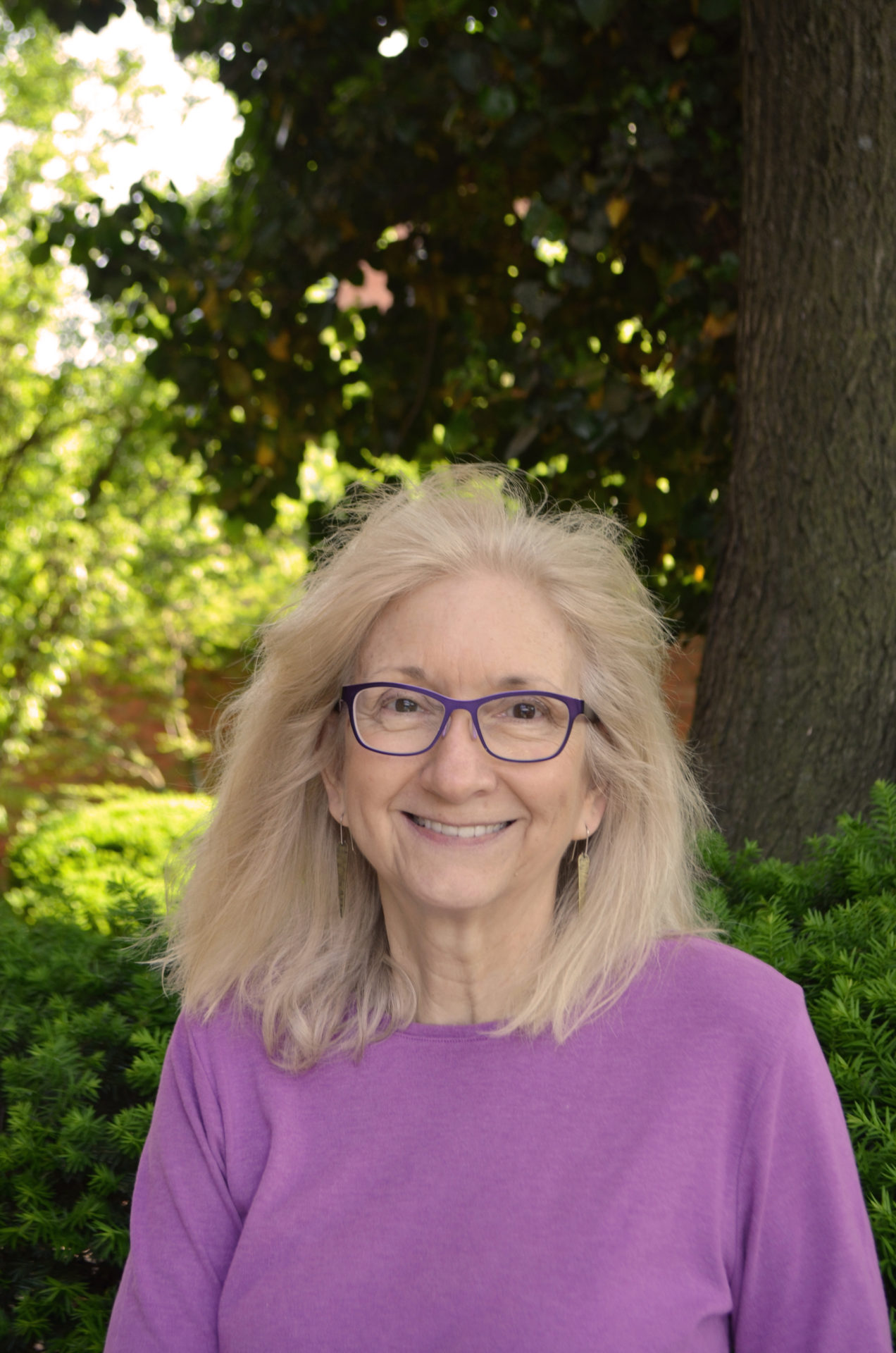 Originally from Erie, PA I received my BFA from Columbus College of Art and Design and MFA from the Ohio State University.  I have been exhibiting my work since 1978 and my sculpture can be found in businesses, private homes and museums throughout the country, Japan and the United Kingdom.  It has also been featured in publications including “500 Animals in Clay” and “The Best of 500 Ceramics”. 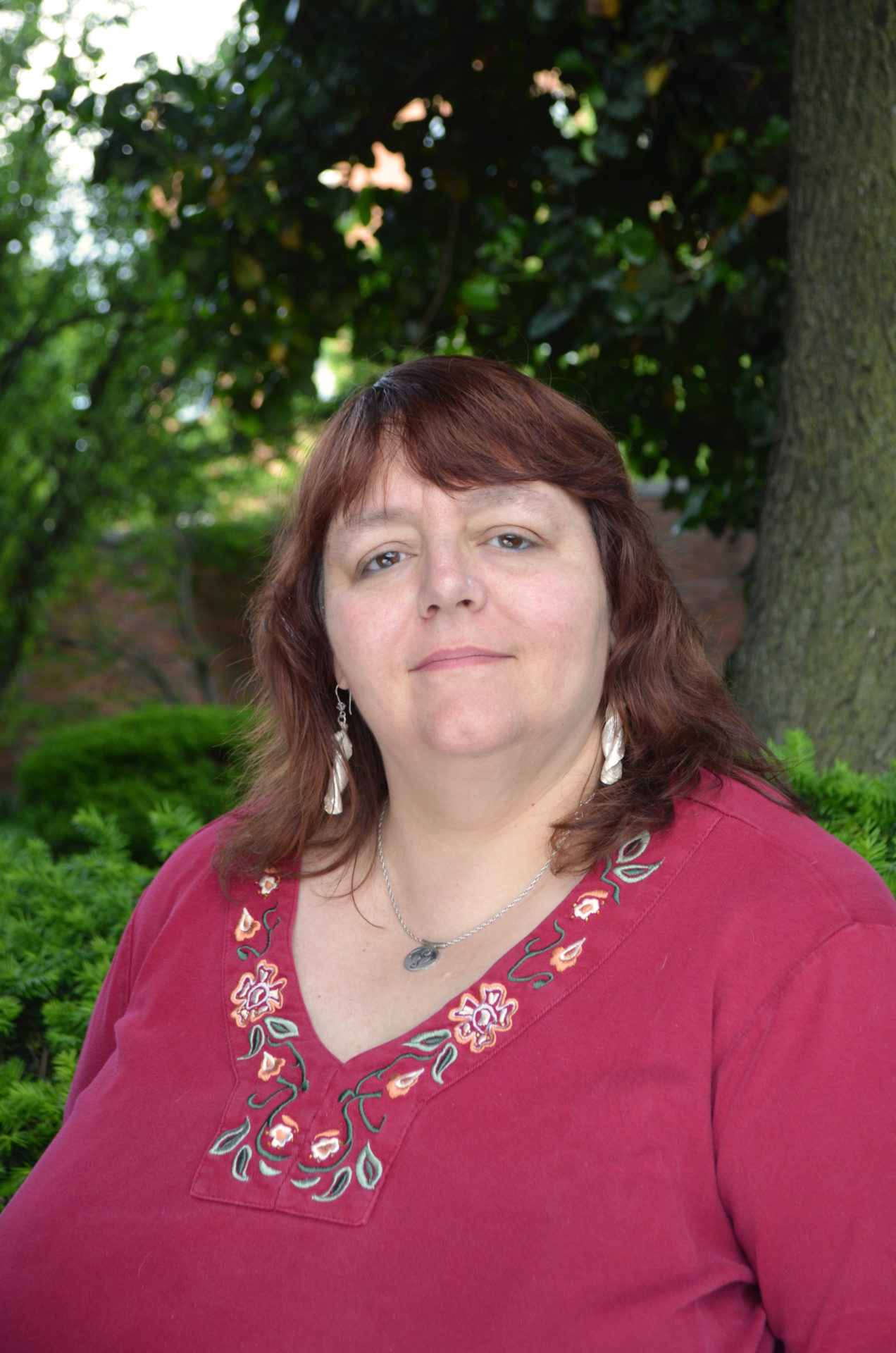 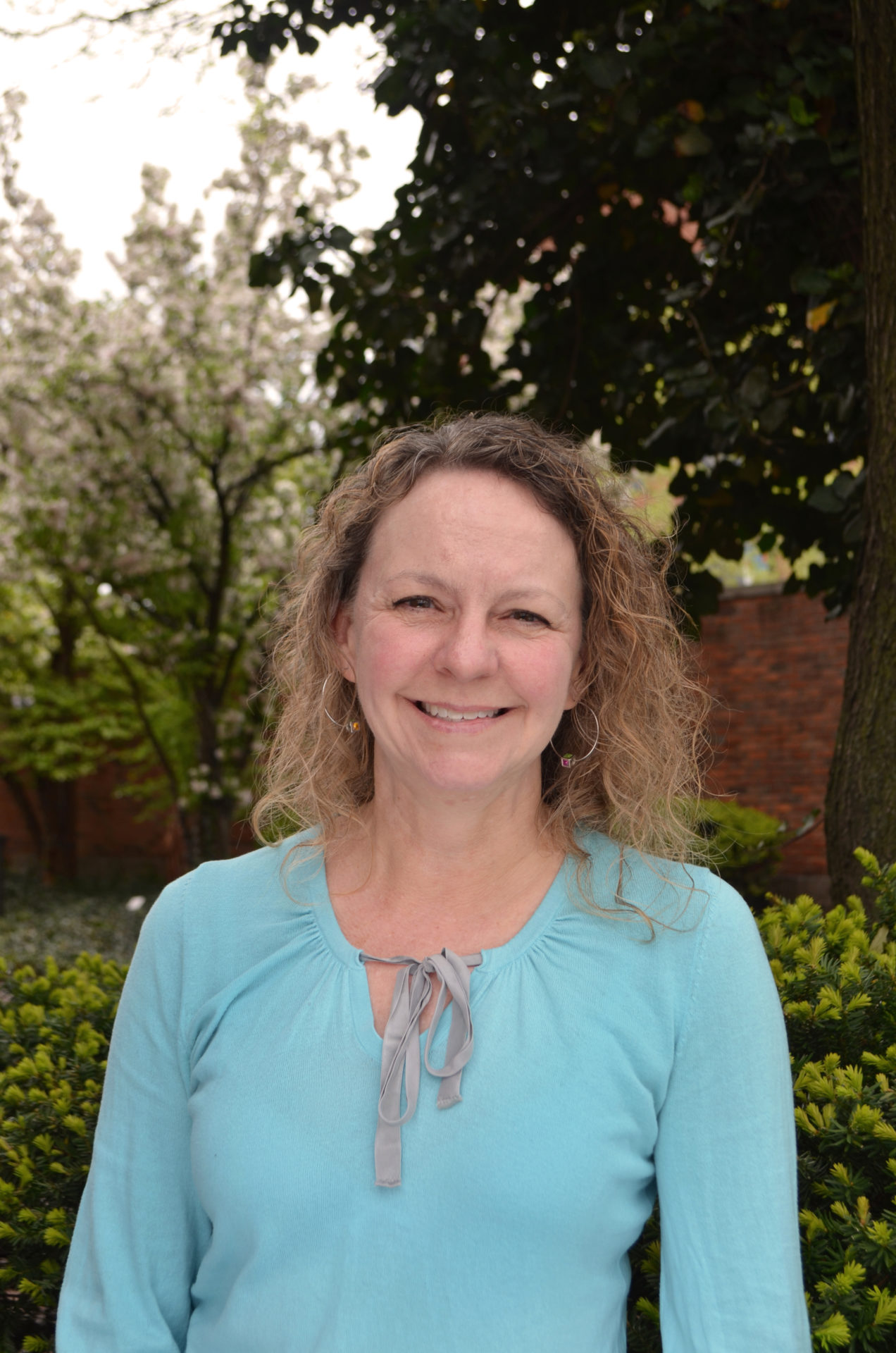 I am a lifelong Ohio resident and hold a Bachelor of Arts degree from The Ohio State University and a Master of Arts degree from Ohio Dominican University – but my degrees are not in art.  I have pursued art outside of the academic setting, including learning printmaking at the Cultural Arts Center from Sharone Putter.  I also study ceramics with Sandy Lang.  In general, I gravitate toward subjects for my art that are familiar, which often means local scenes, native flora, and things I love about the central Ohio area and the entire state. I also draw inspiration from my travels in the U.S. and abroad.  My focus in printmaking is intaglio using nontoxic methods and materials.  My methods include drypoint etching on plexiglass, monotype, chine colle, photopolymer gravure, occasionally relief printing, and combinations of these methods. 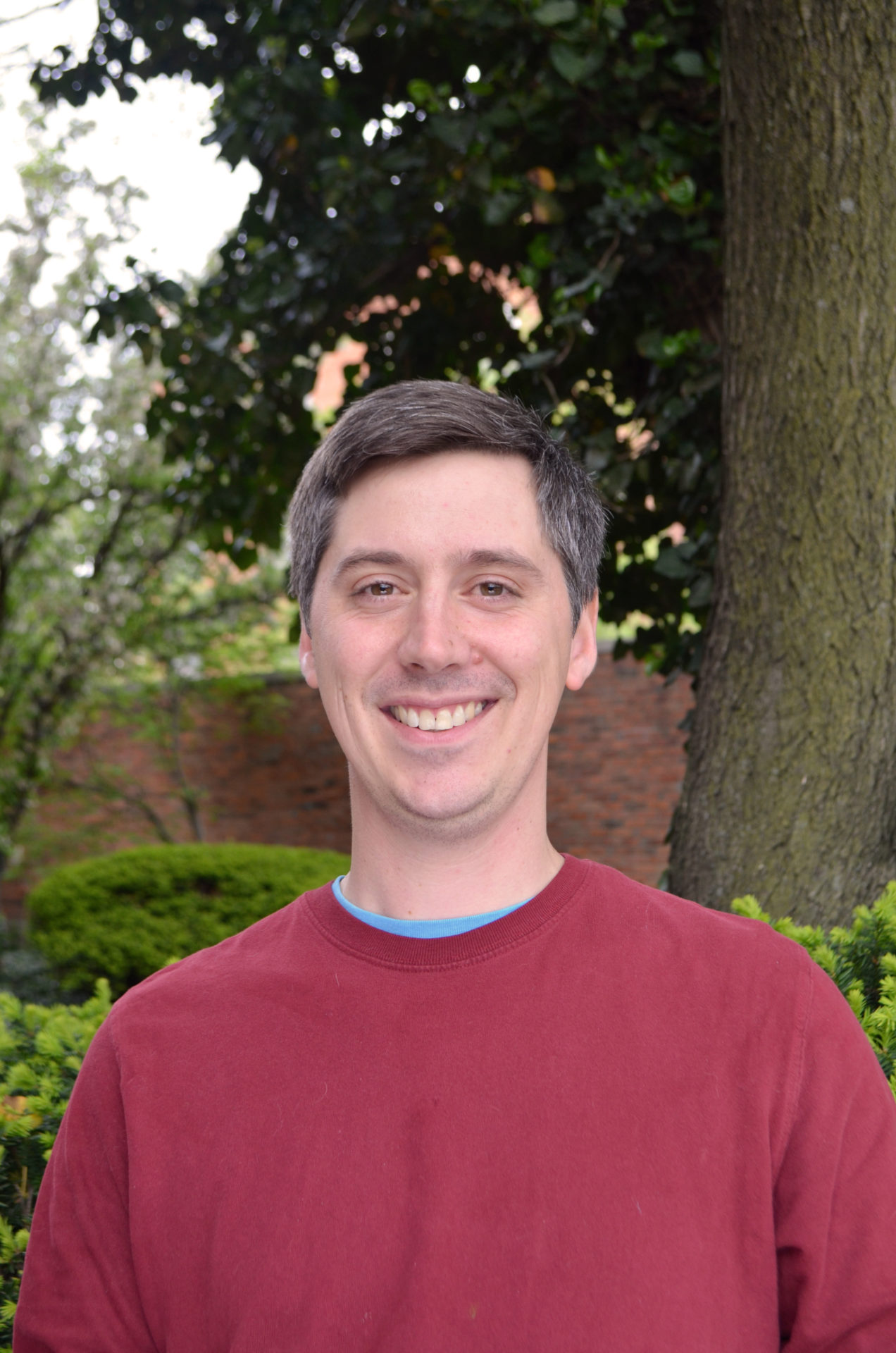 Joseph Lombardo is an accomplished painter and instructor. He received a MFA in painting from Bowling Green State University and studied landscape painting at the Burren College of Art in Ireland. He is a two-time ‘Best in Show’ winner at the Ohio Plein Air Competition and participated in Cape Ann Plein Air 2017. Lombardo has served as Artist In Residence at Buffalo National River, Hot Springs National Park, and at the Glen Arbor Art Association. He teaches plein air painting workshops internationally. Lombardo is represented by Art Access Gallery in Columbus, Ohio and the Center Gallery in Glen Arbor, Michigan. 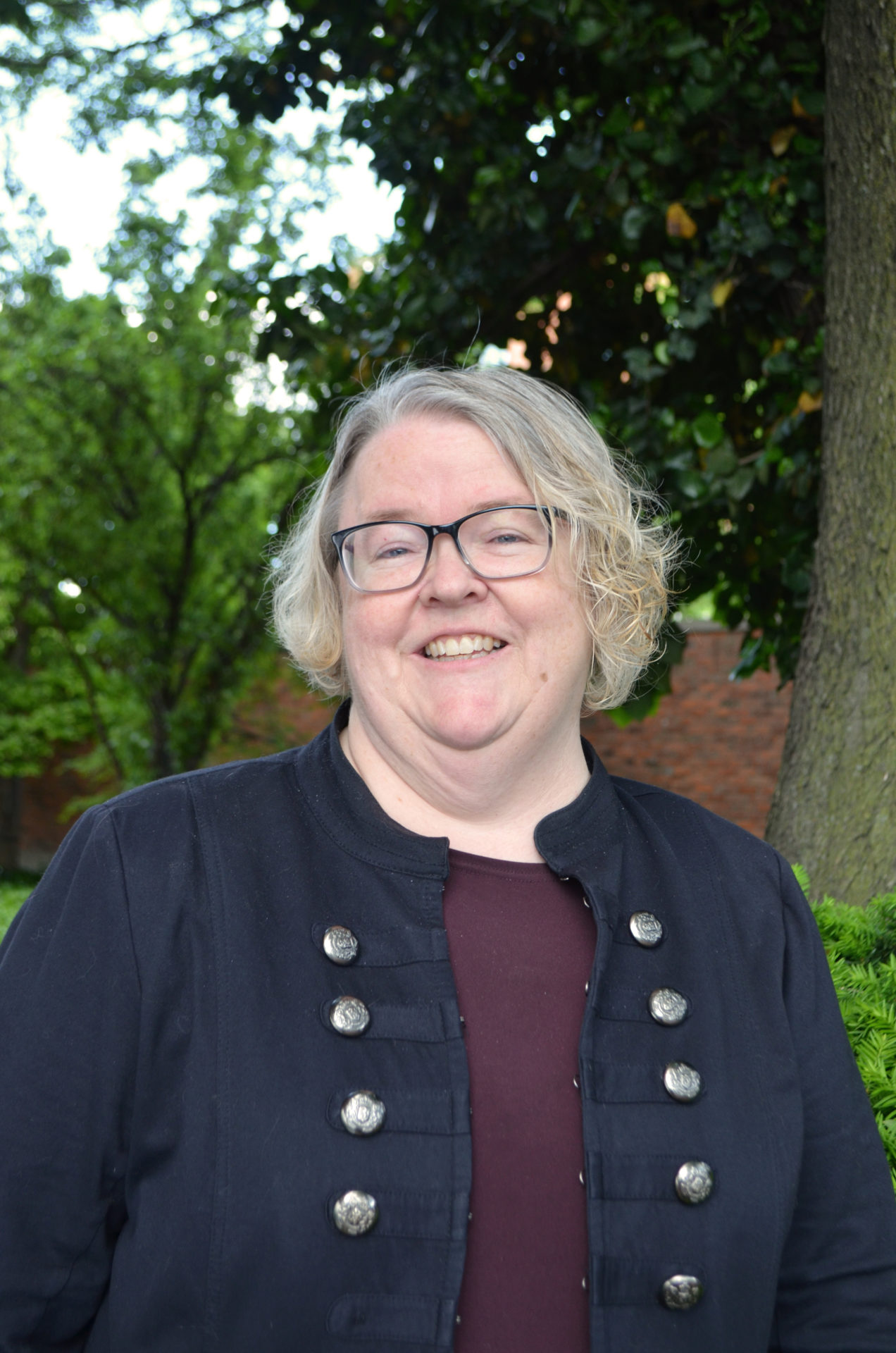 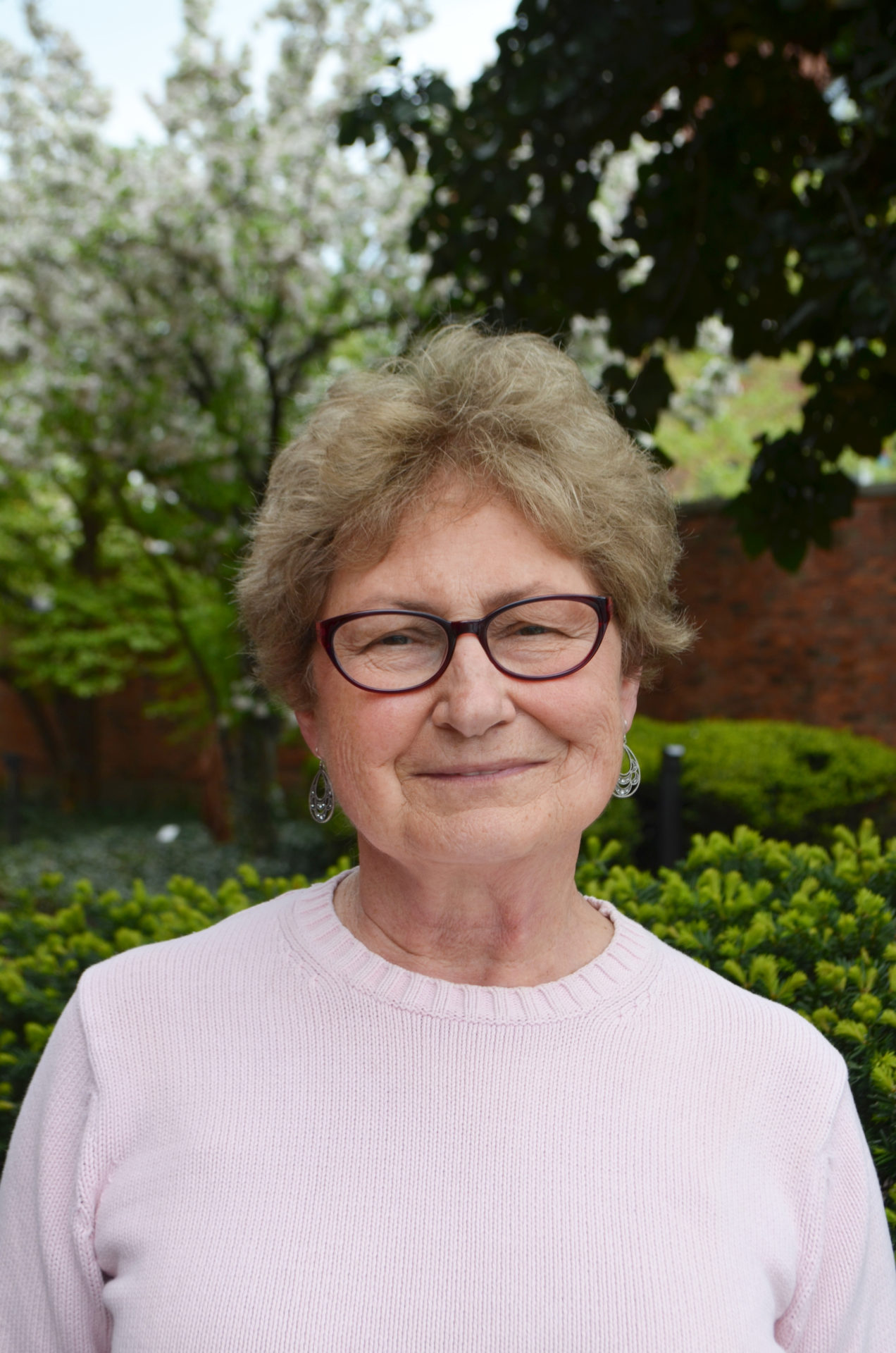 Having had sheep for many years I became interested in spinning which led to weaving. I learned to weave at CAC with Pat Bullen. My main focus is to continue to learn and share my love of weaving with CAC students. I do not sell my weavings but prefer to give them as presents. 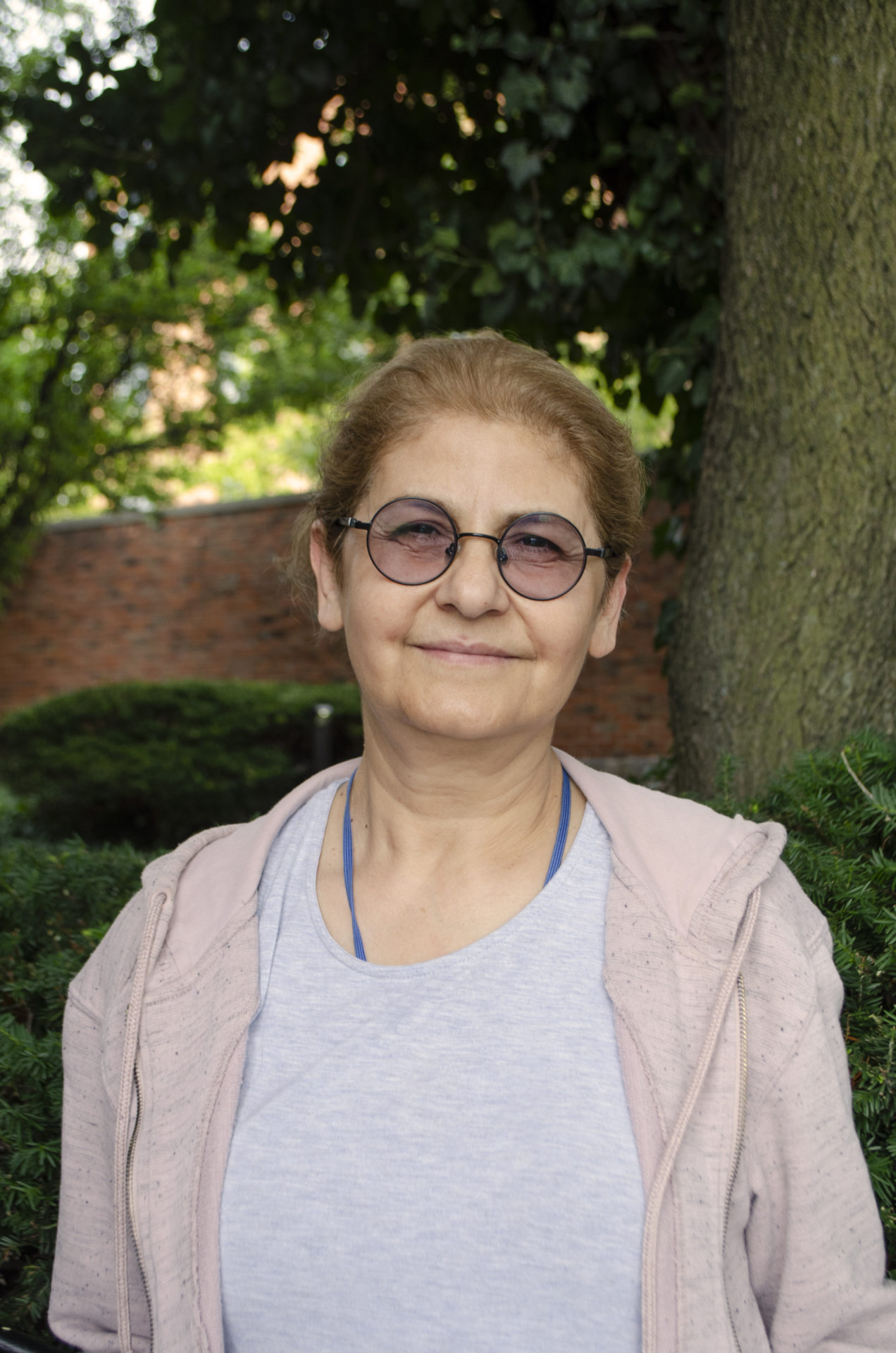 I have more than 20 years of experience in teaching different kinds of art to students from junior to high school grade levels. In my last role of art instructor at a science and cultural university I taught, fabric surface design, fashion design and textile design. I am familiar and comfortable with different kinds of techniques including drawing, figure drawing, watercolor, color pencil, and charcoal. I was professor assistant at Atelier De Paris in Los Angeles, California and I was a member of Gallery 825 in Los Angeles. I had lots of exhibitions and shows in my home country (Tehran, Iran) that all are in my resume. 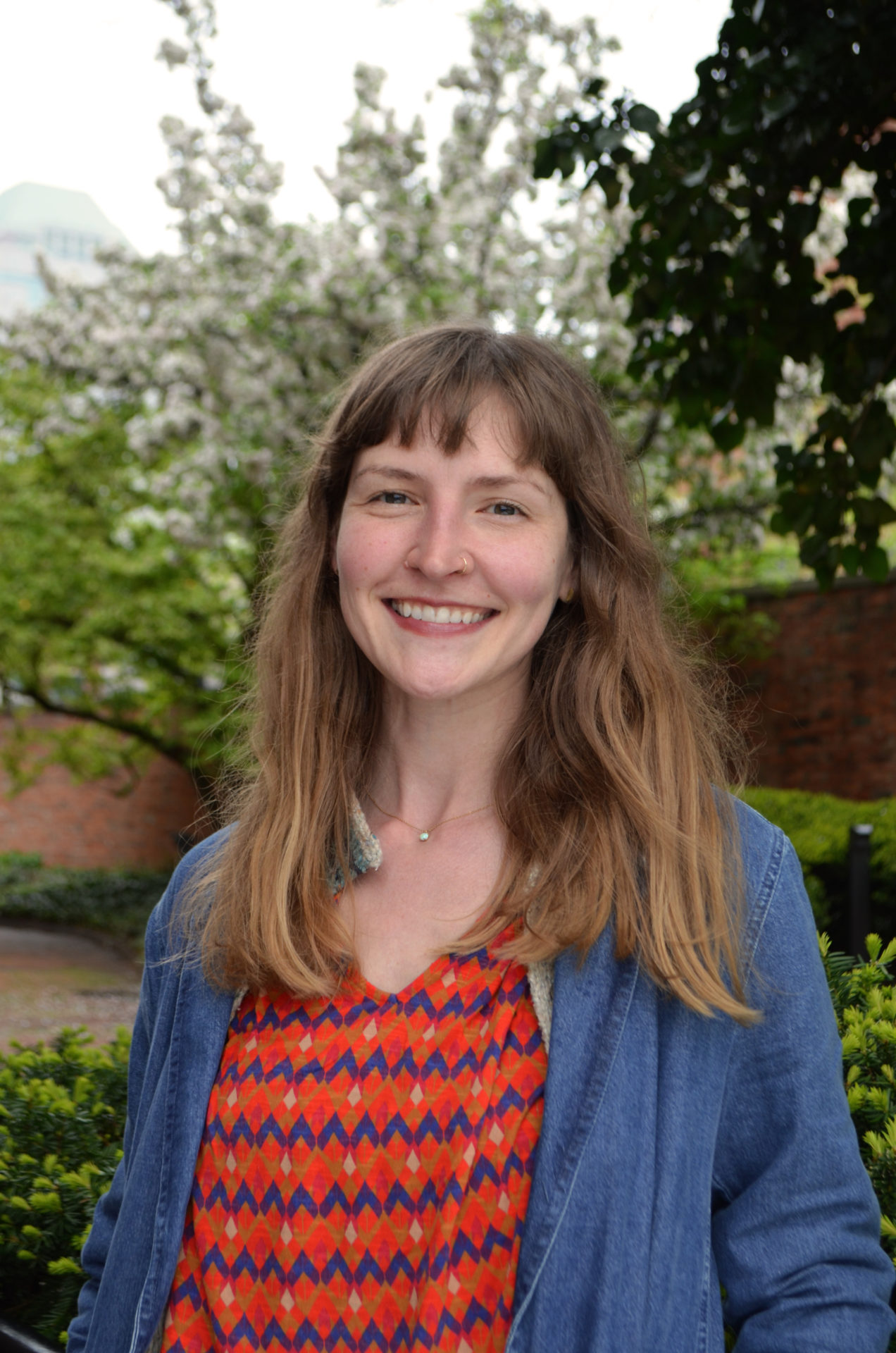 Mary Jane Ward studied drawing and painting at the Grand Central Atelier in New York City, under Jacob Collins from 2012-2015. The program is a collaborative studio space, pursuing the methodology of historic ateliers to create drawing, painting and sculpture from life. Mary Jane was accepted into The Hudson River Fellowship in 2015. In 2017 she was one of three artists in residence at the Highlands Nature Sanctuary, in Bainbridge, Ohio. She is the recipient of several Artists in the Community grants from the Greater Columbus Arts Council. Mary Jane’s work has been shown at Eleventh Street Arts in New York City, The Columbus Cultural Arts Center, The Columbus Museum of Art, The Riffe Gallery (Columbus, OH), The Springfield Museum of Art (Springfield, OH), and Keny Galleries (Columbus, OH). Mary Jane is currently represented by Keny Galleries. She has a background in dance and performance, specifically ballet, and she has worked with a range of dance companies and small dance and performance projects. 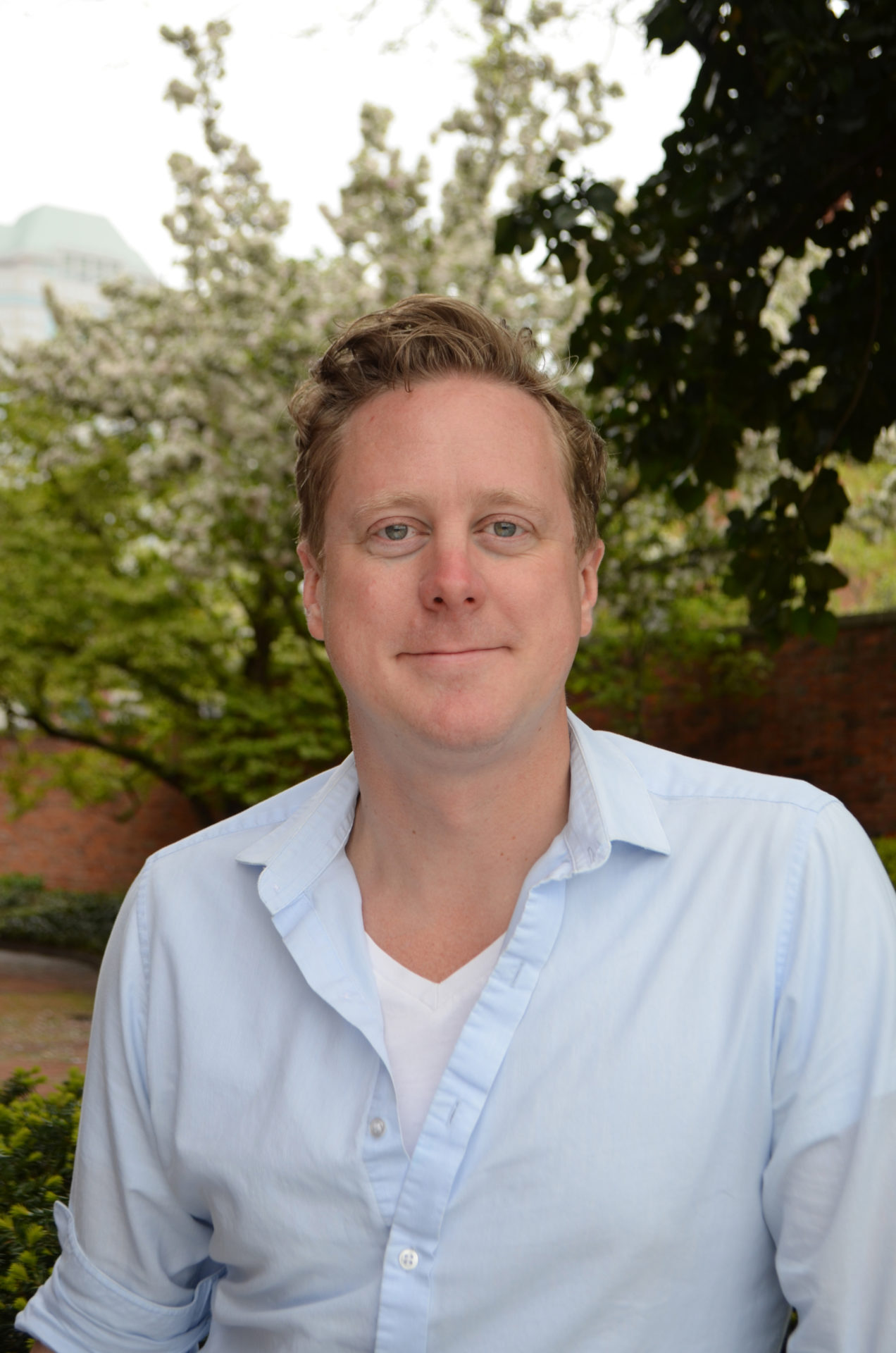 The emotion of a single moment in time is what motivates Michael Guinane to paint.  Whether it be a still and quiet moment of an individual, or capturing the total environment created by multiple figures in one place, his work allows you to see deeper in to this time and place.  Michael paints to create an atmosphere for the viewer to feel.  Whether it be a moment in history or the artist’s personal experience, a quiet winter night in the park or a busy city street, these works capture the feeling and mood one gets from being in a certain place or time. Originally from Milwaukee, Wisconsin, Michael Guinane moved to Columbus in 1996 to attend the Columbus College of Art and Design. He graduated with a BFA majoring in illustration in 2000. Michael continues to live and work in Columbus showing in galleries, public venues and doing privately commissioned works that are shown throughout the country. He is represented by the Sharon Weiss Gallery in Columbus. 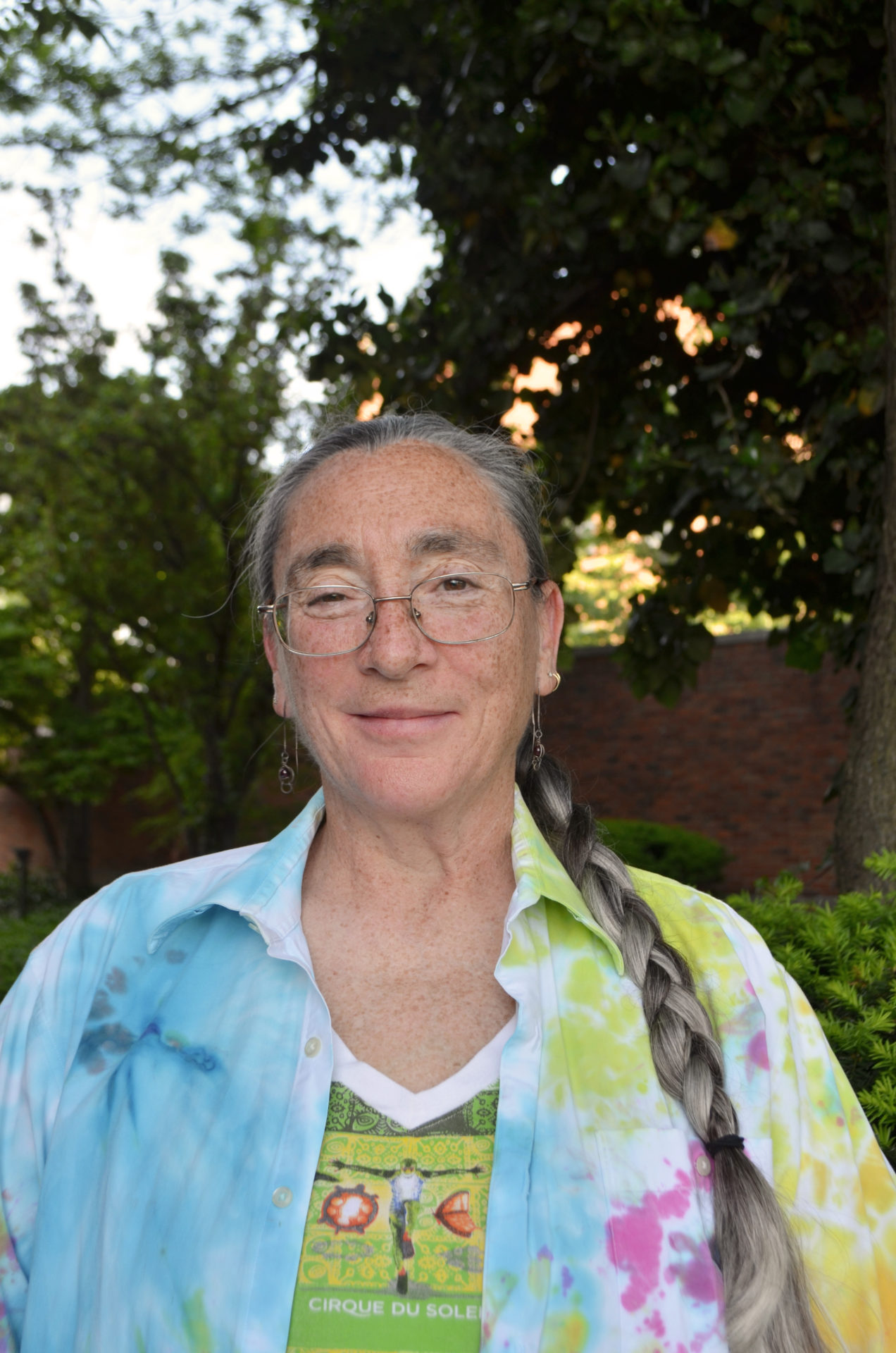 Sandra graduated from the Columbus College of Art & Design in 1983 with a focus in Ceramics and Sculpture. Since 1985, she has been making her sole living in ceramics. Her various job experience encompasses teaching classes and workshops, product design, model, prototype and limited custom production. Sandra co-owns and operates LangWeil Studio with her husband, Walter Weil, where they make their own line of pottery for sale at juried arts and crafts shows, as well as, freelance prototype, custom design and production. Their studio is in Groveport, Ohio. 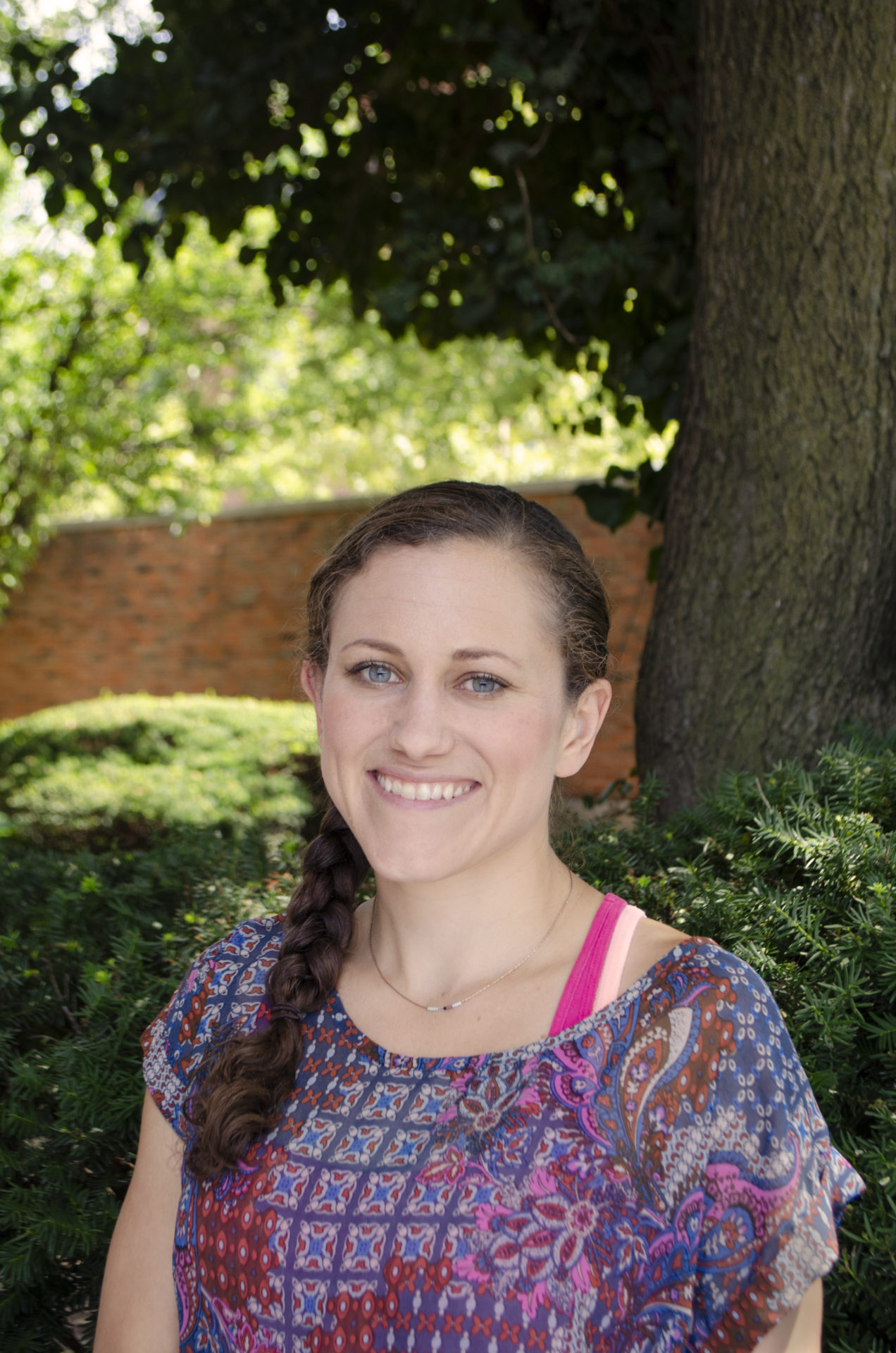 Sarah Hahn seeks to express the intricacies of life and all of its interwoven aspects within her art work which she exhibits both regionally and nationally. She primarily works with ceramics, utilizing both the figure and abstract forms. Her artistic journey first began at Ohio Wesleyan University where she earned her BFA, and continued at the University of Kentucky where she received her MFA. Throughout her career she has taught functional and sculptural ceramics, and drawing at colleges and universities in Kentucky, Ohio, and New York. She has also taught and worked for the Governor’s School for the Arts in Kentucky. In addition to educating, she sculpts life-size and larger figures for bronze monuments. Recently she has started teaching ceramic classes at the Cultural Arts Center. 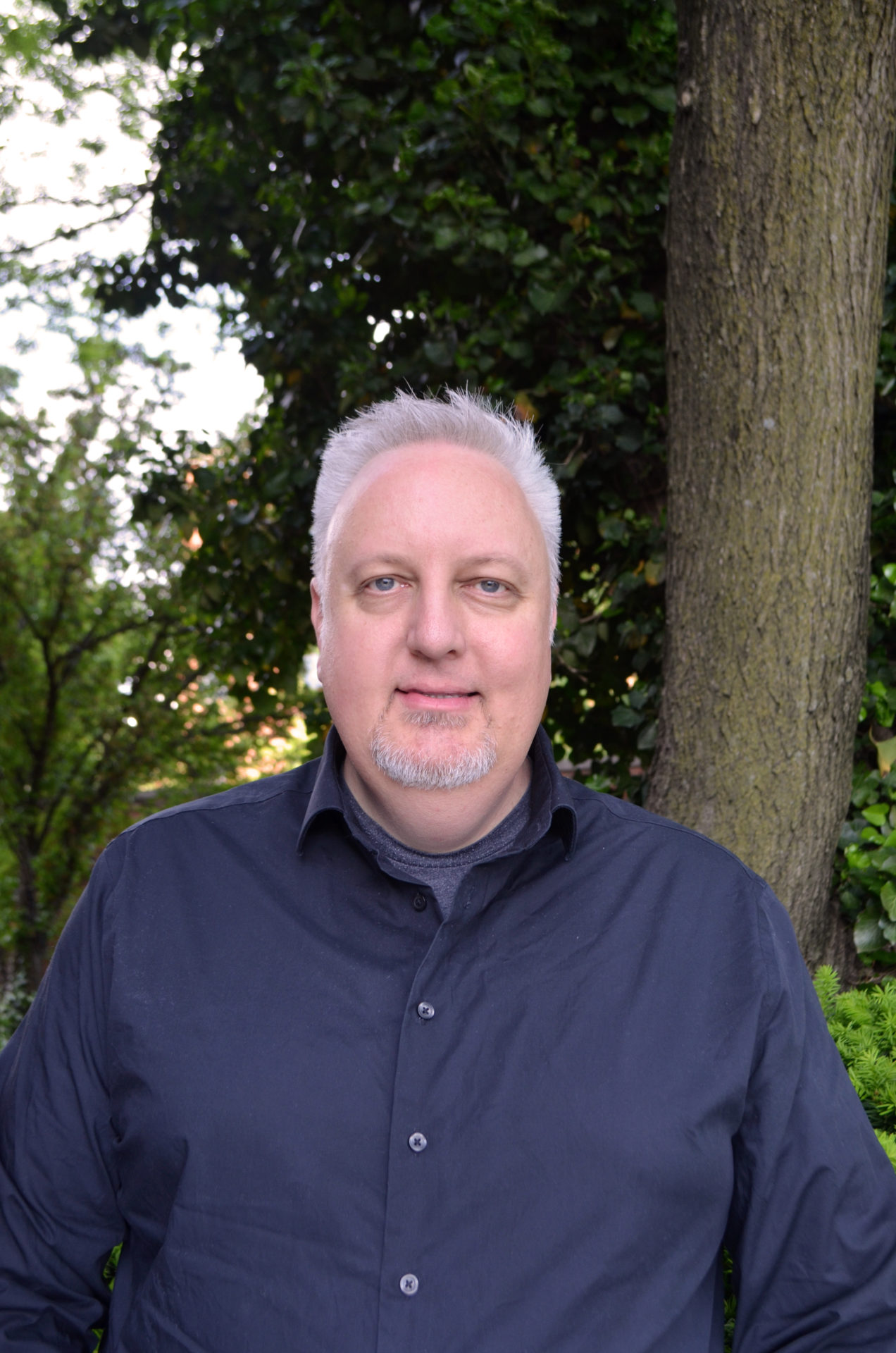 I have a classical music background, and I am continually fascinated by how many aspects of Hand Weaving are similar to playing music.  About 7 years ago I learned to weave at the Cultural Arts Center and know the joys of what it is like to learn here.  I enjoy teaching new weavers this century’s old craft, but I also enjoy challenging advanced weavers to sharpen their skills and become more ambitious in their own work. 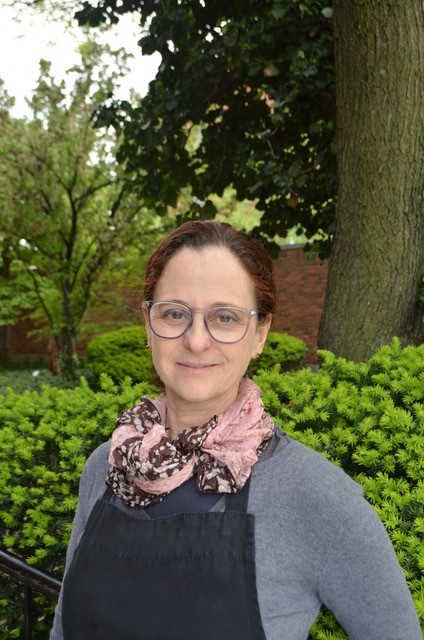 Putter acquired her rich palette of art-making techniques during her many years of travel abroad. She studied philosophy and art history at Hebrew University in Jerusalem, Israel, porcelain restoration in Dublin, Ireland, drawing in Marrakech, Morocco, and glass lampworking in Bohemia, Czech Republic. When Putter returned to the United States, she studied glass sculpture and digital printmaking at New York College of Ceramics at Alfred University, New York, where she graduated first in her class. In her current Workscapes series, Putter utilizes calligraphy and mixed media techniques to portray everyday scenes and events encountered by the side of the road. Putter resides in Columbus, Ohio surrounded by worksites — a Workscapes artist’s bliss. 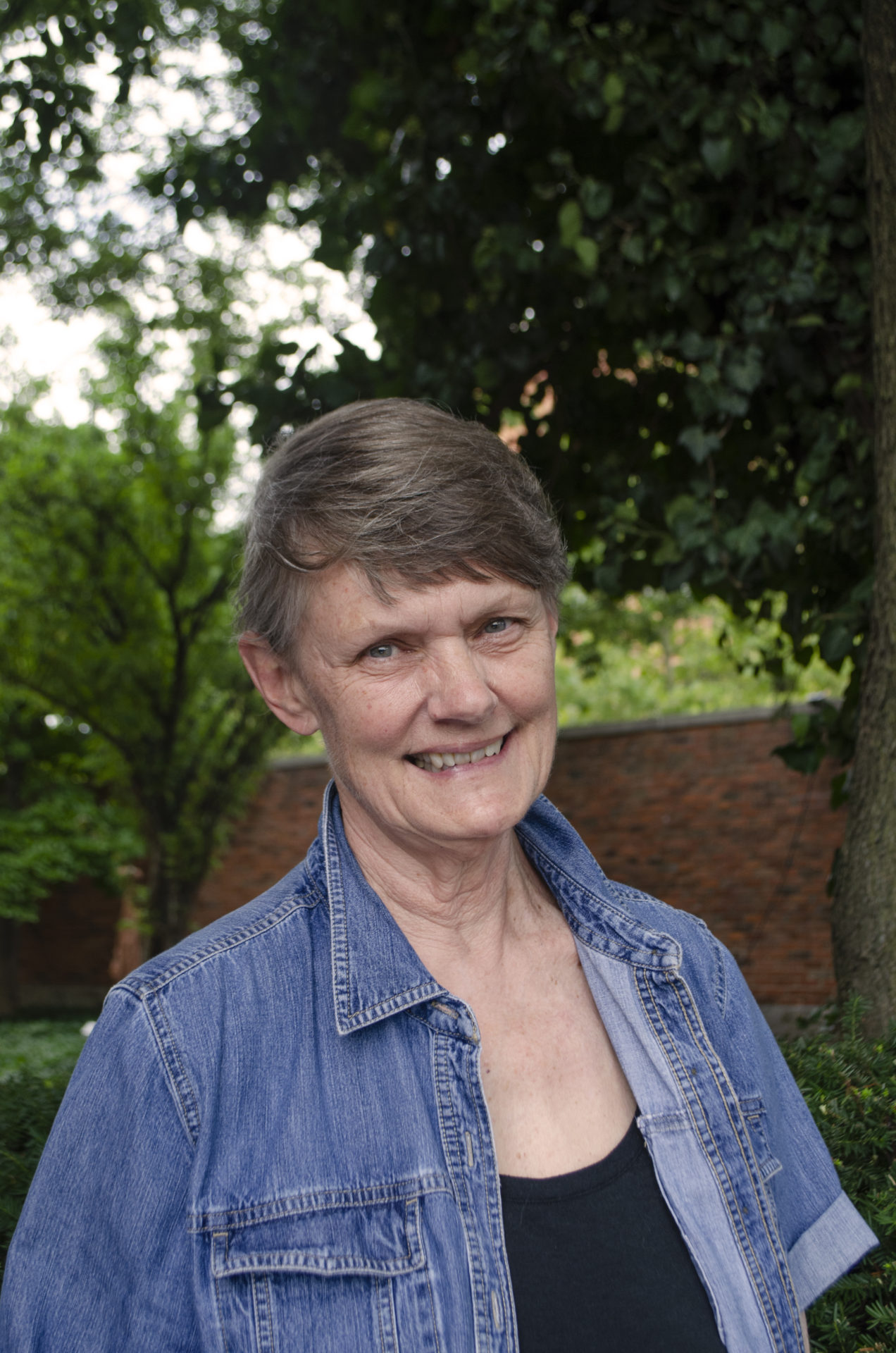 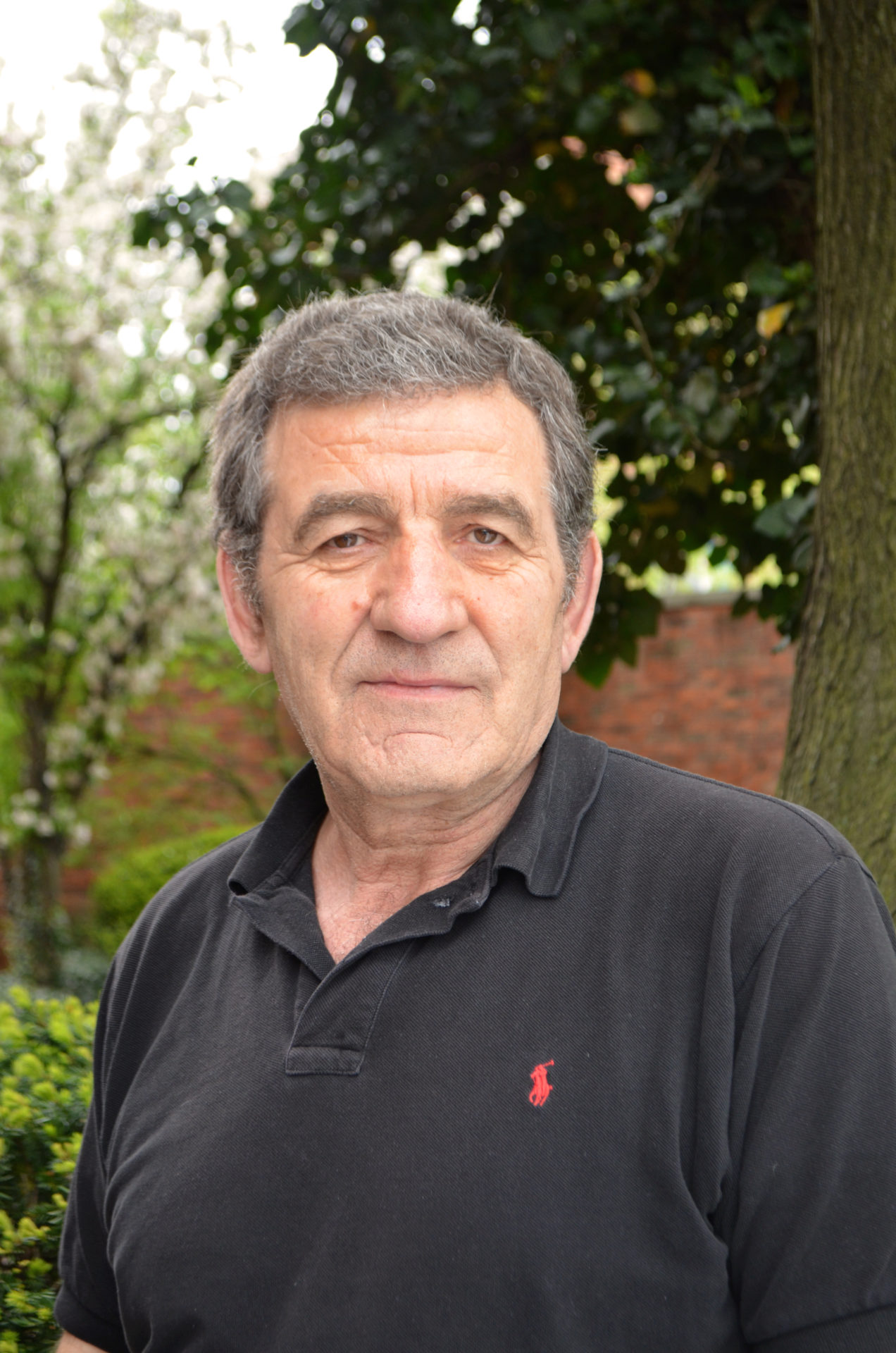 A master sculptor in styles ranging from Realism, to Expressionism to Abstraction, Vasiliev “Vas” Nini was born in Albania but moved to the United States in 2002. Nini sculpts in varied mediums including, but not limited to marble, wood, bronze, and metal.  He searches for mediums that support his creative vision. The sculptures are a variety of scale, sizes, textures, colors and mediums. He attended Jordan Misja High School, Branch of Sculpture, in Tirana, Albania from 1969 to 1973.  From 1975 to 1979 he attended college and graduated with a Master’s Degree in Sculpture from the Academy of Beaux Arts, Branch of Monumental Sculpture, Tirana, Albania. His sculptures can be found in art galleries and in private and public collections all over the United States and Europe.