While taking classes or visiting the Cultural Arts Center, masks are suggested to be worn but are no longer required.

You can learn more about Columbus Recreation and Parks’ COVID-19 response here. 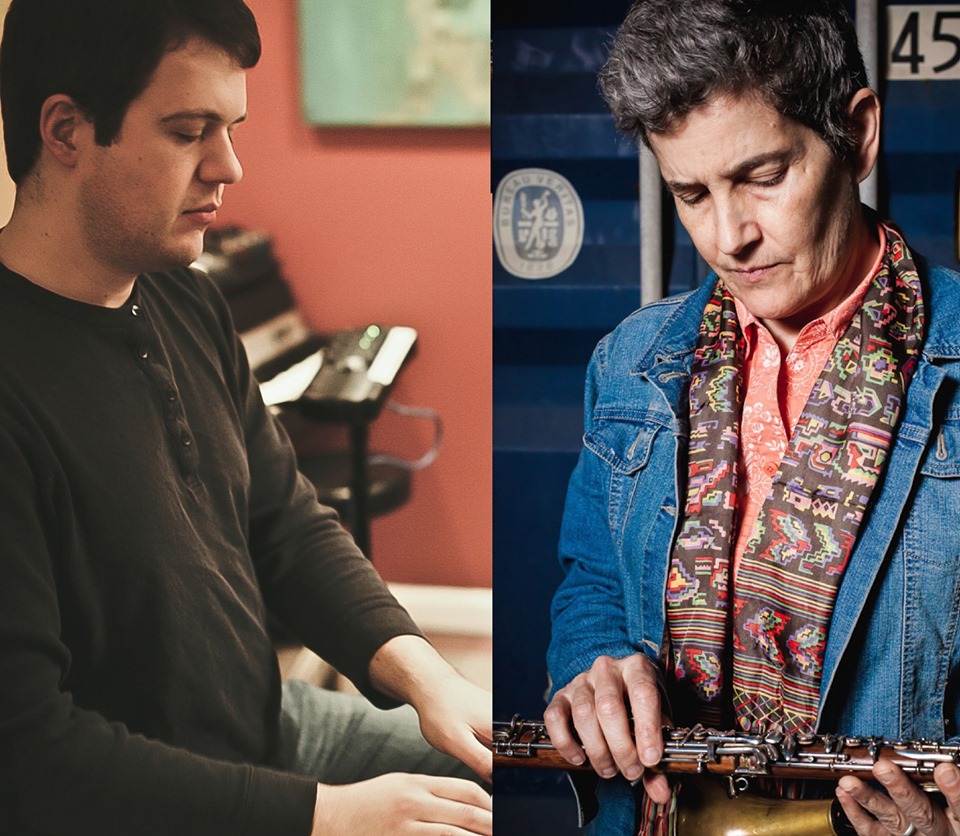 The Hunsinger/Endahl duo from Nashville, Tennessee, performs new music including contemporary compositions and improvisations with responsive multimedia. Matt is one of the most sought after jazz pianists in Nashville. Robbie Lynn is known for her participatory installations and multimedia oboe and horn recitals using hacked game controllers, creative code and robotics. These two have a deep chemistry and bring complex structures to their harmonic, rhythmic and melodic progressions. Matt and Robbie Lynn began working together in 2018 and have developed a deeply intuitive and broad repertoire. They bring a chamber music esthetic and avant-garde edge to their music, performing structured and unstructured improvisations. Both players use electronics to mix with acoustic sounds and Robbie Lynn is now adding her responsive multimedia codeart projections to the mix.

R Keenan Lawler is a Louisville, Kentucky based multi-instrumentalist, improviser, composer, and sound artist. For nearly four decades he has been a restless explorer of sound, and maker of music that literally and figuratively falls between the cracks. From a crash course of learning the guitar in the post-punk era to fire music inspired improvisation , live sampling performances and generative sound installations concerning concepts of spatiality and hypnagogia. Since the late nineties, he is best known for developing a highly idiosyncratic language on the metal bodied resonator guitar, extending its timbral and harmonic range far outside the usual role in bluegrass or blues. Following a long held fascination with microtonal music systems, Lawler also utilizes a 19 tone equal temperament acoustic, just intonation electric guitar, and OSX and IOS applications.

Jill Lloyd Flanagan aka Forced Into Femininity describes her newest album simply: “‘Erraticism’ is a phrase appropriated from the Terfy feminist writer Mary Daly. To me, it’s a way of taking the way female art and especially trans art is dismissed and trivialized as not worthy of being taken seriously into a philosophy and intention. It’s an act of resistance against ‘Real Music’, ‘Real Art’ and the complacent way they approach our horrific present.” Forced Into Femininity is an important and uncompromising voice in the modern underground, and her music is a disorienting storm of ever-shifting electronics and theatrical, dizzying vocals. Flanagan once described her work as “Marxist Body Horror,” and, honestly, nothing can top that.

John M. Bennett has been (and continues to be) a prolific author and publisher of avant garde poetry and experimental writing. He is an active and inspirational member of the contemporary Fluxus community, and along with his wife, Cathy Mehrle Bennett, is also an active participant in the international network of mail artists. Since 1974, Luna Bisonte Prods has published a wide variety of experimental, avant-garde, audio, and visual literature in a wide variety of formats by artists from all over the world. Among the authors and artists published are such major and emerging figures as Ivan Argüelles, Sheila E. Murphy, Jim Leftwich, Andrew Topel, Carlos M. Luis, Scott Helmes, Jake Berry, John M. Bennett, Susan Smith Nash, Al Ackerman, Bob Heman, Richard Kostelanetz, Charles Henri Ford, Dick Higgins, Robin Crozier, Peter Ganick, and many others. LBP books are collected in major libraries and institutions, including The Museum of Modern Art, The Sackner Archive, Princeton University, SUNY Buffalo, The University of Wisconsin, Brown University, New York Public Library, Washington University, Ohio University, The Ohio State University, and many others.